Will Your Student Loan Forgiveness Lead to a Big Tax Bill? 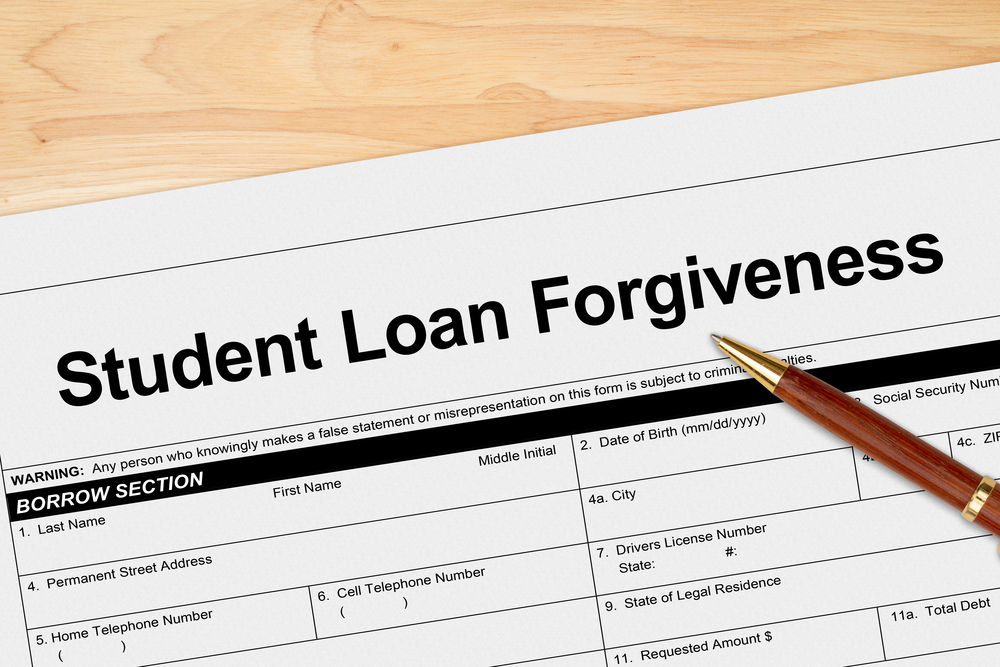 At present, any amount of student loan debt that you have erased will be considered taxable income. Essentially, the IRS treats a forgiven student loan as if someone had given you the money and you put it all towards paying off that debt. While the taxes on that “income” are obviously lower than the student loan amount you have forgiven, being slapped with a large tax bill that you’re expected to pay all at once can be incredibly difficult for many.

And when we say a “large” tax bill, we do mean quite large. Many borrowers could see tax bills over $10,000 from student debt erasure. (We’ll get into some example a bit later.) When any amount of student debt is cancelled, currently, the borrower would receive a 1099-C reporting the forgiven amount as taxable income. This is true of both private and federal student loans.

If it seems counterintuitive to you to have what’s supposed to be financial relief lead to a new financial burden, you’re not alone. Some relief may be on the way in this regard, at least.

The Student Loan Tax Relief Act was introduced by Senators Elizabeth Warren and Bob Menendez, and quickly became a part of President Biden’s $1.9 trillion COVID stimulus package introduced earlier this year. This act would no longer allow forgiven student loans to be treated as taxable income. Currently, the provision is slated to last through 2025. However, it’s possible that it could be extended or even become a permanent part of tax law. Only time will tell.

Who Does This Impact?

While President Biden has yet to erase any student debt in his presidency, he has made several pushes to forgive at least $10,000 for every borrower. Many members of Congress, however, want him to forgive $50,000 per student. If the President makes good on his campaign promises, the Student Loan Tax Relief Act would obviously benefit every student who has part of their loans forgiven.

However, widespread debt cancellation is not the only circumstance in which borrowers can benefit from the Student Loan Tax Relief Act. Of the 45 million student loan borrowers in the United Stated, about a third of them are enrolled in income-driven repayment plans. These loans attempt to make payments more affordable by keeping monthly bills below a percentage of the borrower’s income. After 20 to 25 years of making payments, any remaining amount would be cancelled, and the borrower would be taxed on the forgiven amount.

For these millions of borrowers, the Student Loan Tax Relief Act can still save them thousands or tens of thousands of dollars, even if Biden’s push for student loan forgiveness should fall short.

How Much Can It Save?

So, how much of a difference can tax-free student loan cancellation make for borrowers? As we’ve already mentioned, some borrowers could stand to save over $10,000. Here are a few more specific examples to give you an idea of what you might save if your student loans were cancelled without taxes:

As you can see, any significant amount of student loan forgiveness can lead to a dramatic increase in your tax liability under current tax law. Should President Biden hope to follow through on his campaign promise of forgiving any amount of student debt, removing tax liability for forgiven amounts is an important step to offering genuine financial relief to borrowers.

If you have questions about how your student loans (forgiven or otherwise) might impact your tax return, contact us at Demian & Company CPAs today.