What Is the Alternative Minimum Tax and Should It Be Eliminated? 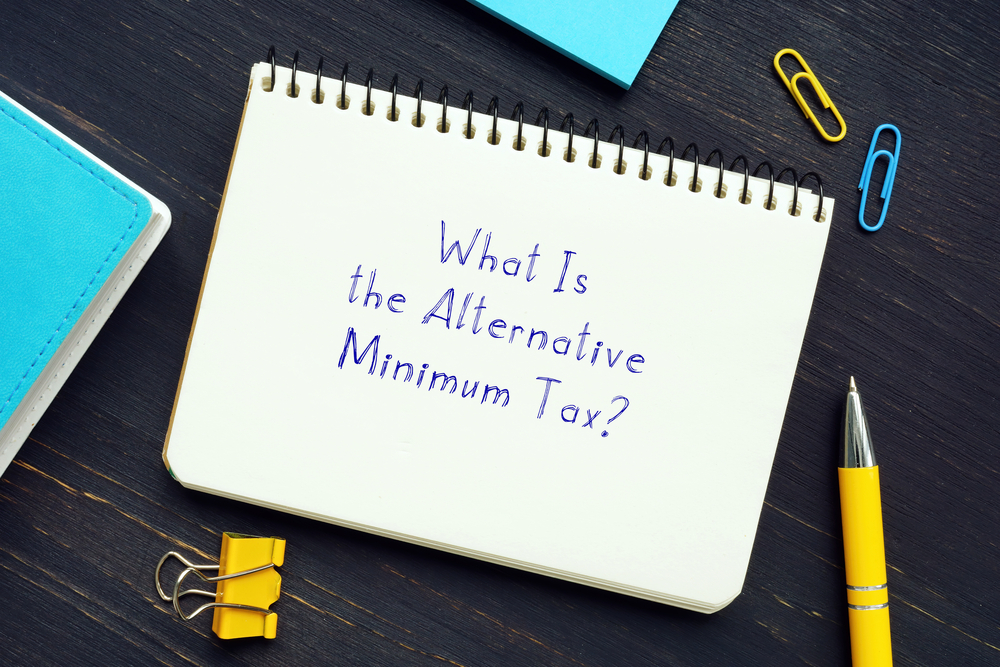 The alternative minimum tax (or AMT) is a mandatory alternative to standard income tax for higher income earners who use many common itemized deductions. This secondary tax system is confusing for many, and often requires taxpayers to calculate their income twice to determine exactly what they need to pay. However, it also produces about $60 billion in federal taxes each year from the top 1% of taxpayers, so despite its inconvenience to many, a great deal of individuals support it. What exactly is the AMT, and should it be eliminated in favor of something simpler? Keep reading to learn more.

As we’ve mentioned, the AMT is essentially designed for higher income earners. It’s triggered when an individual makes more than $72,900 or a couple makes more than $113,400 and uses common itemized deductions. So, if you make more than the exemption amount and claim large deductions, you now have to calculate your taxes twice—once for regular income tax, and again for the AMT. Then, you have to pay the higher amount of the two calculations.

The AMT differs from the regular tax rate in a couple of ways: First, it doesn’t have the standard deduction or allow for any personal exemptions, and it eliminates the most common itemized deductions. These include state and local income taxes, foreign tax credits, and employee business expenses. It also doesn’t allow you to deduct the interest on home equity mortgages (unless used to improve your home), or real estate and personal property taxes. Medical taxes are only deductible if they exceed 7.5% of your adjusted gross income. The AMT can also include income streams that wouldn’t normally be counted by the standard income tax.

The AMT is somewhat simpler in its tax brackets, and it only has two tax rates: 26% and 28%. For taxpayers making under the threshold of $197,900, you would be taxed at 26%; taxpayers making over this amount would be taxed at 28%. This is true for both taxpayers filing as single and married couples filing jointly. The only difference would be for married couples filing separately, in which case the threshold would be $98,950. (Please note these are the tax rates and thresholds for 2020.)

This covers the basics of the AMT, though there are many other factors and exemptions you should be aware of if you’re subject to the AMT. If you have further questions about paying the alternative minimum tax, please reach out to us. For now, let’s talk a bit more about the pros and cons of this tax system, and whether or not it should be eliminated.

It goes without saying that America’s tax code is incredibly complex, and many organizations (both on a private and government level) have pushed to simplify the tax code in any way possible. The Options for Reforming America’s Tax Code 2.0, introduced earlier this year, included many different options for accomplishing this goal—one of which was eliminating the AMT.

But would this be beneficial for the country overall? As mentioned, this aspect of the tax code generates an additional $60 billion in federal taxes each year, all from the highest earners in the country. Many feel that the “one percenters” should pay more in taxes than they do, so wouldn’t maintaining the AMT ensure that they’re paying their fair share? While this may be true, it’s also possible to impose higher taxes on upper earners without creating an entirely separate tax system.

The primary policy issue with the AMT lies in how it treats certain deductions and credits differently, in addition to having different rules for assets than the standard tax system. For example, under the normal tax system, a taxpayer would spread the cost of an office building over 39 years; however, under the AMT, they would depreciate it over 40 years instead. Requiring different handling of the same assets, based solely income earned, is unnecessarily complex to many people.

Additionally, the purpose of the AMT is to prevent individuals from reducing their taxable income by too much. But should taxpayers be punished for using deductions that are a central part of the existing tax system? If these deductions are not economically sound, tax law should not incentivize their use in the first place.

While a complex, multifaceted issue, the AMT creates additional, unnecessary work for taxpayers. Eliminating the AMT could be a good idea. However, policymakers would also have to address the many tax provisions that led to the creation of the AMT to begin with in order for its elimination to benefit the country as a whole.